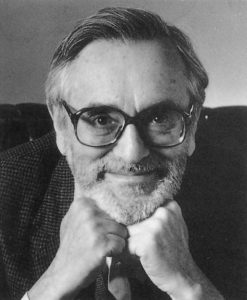 The life of Salvador Minuchin (1921– 2017) offers a good example of the influence of family and social context in shaping individual identity—a central tenet of his Structural Family Therapy model.

He was born in Argentina on October 13, 1921, the first of three children, to a strict and fair father, who owned a small business, a protective mother, who ran the household, and a large extended family ensconced within a closely knit community of immigrant Russian Jews, which represented one quarter of the population of a small rural town. Within this multilayered context, the young Minuchin grew up as an Argentinean Jew, not only embracing the Hispanic code of honor but also relying on his family and community for protection from the anti-Semitic undertones of the host culture —a complex experience that sensitized him to the workings of families and larger systems and to the need for interdependence, mutual loyalty, and social justice. He also experienced the impact of socioeconomic changes on family life. When his father lost his business as a result of the Great Depression and temporarily became an arriero , herding horses across the plains, 9-year-old Salvador contributed to the family’s subsistence by helping his mother sell produce. Later, when the family business was rebuilt under the leadership of an uncle, the hierarchical arrangement of the household shifted, as symbolized by the uncle sitting at the head of the table during his visits.

Throughout the family’s financial ups and downs, Minuchin’s parents kept their commitment to the education of their children, and after finishing high school in 1940, their firstborn entered the school of medicine. He was in his fourth year at the Universidad Nacional de Córdoba when a right-wing military coup deposed the elected government and advanced over all aspects of the country’s life, including education. The universities, which for the previous quarter of the century had been run by an elected body including representatives of professors, students, and alumni, were placed under the control of the state. An active participant in the student resistance, Minuchin spent 3 months in jail, his first encounter with institutionalized authority. Expelled from the university and later readmitted, he graduated in 1946 and prepared to practice as a pediatrician. However, that same year, Juan Perón, a member of the military junta, was elected president, and the political climate once again became inhospitable to the young professional. Meanwhile, events far away beckoned: The state of Israel was created and soon found itself at war with its neighbors. In 1948, Minuchin left Argentina to join the Israeli army as a physician.

After the war, Minuchin traveled to New York to train as a child psychiatrist. There he worked with psychotic children at a hospital and in institutional housing. He met and married Patricia Pittluck, a developmental psychologist, who in addition to having her own academic career provided an invaluable sounding board for her husband’s ideas. Back in Israel in 1951, Minuchin codirected five residential institutions for disturbed children, most of them Holocaust orphans and émigrés from Asia and the Middle East. The experience sharpened his understanding of cultural diversity and impressed on him the value of working therapeutically with groups rather than individuals.

Although the move to Israel was intended to be permanent, within 3 years, the Minuchins, now new parents, returned to the United States. Attracted to Harry Stack Sullivan’s interpersonal psychiatry, Minuchin joined the William Alanson White Institute to train as a psychoanalyst. But in 1957, he became the intake psychiatrist at the Wiltwyck School for Boys, a residential school for troubled youngsters, where he soon found out that long-term, interpretive techniques delivered in a protected environment did not help action-oriented youths from the poor neighborhoods of New York City. With a small group of colleagues—Dick Auerswald, Charles King, Braulio Montalvo, and Clara Rabinowitz—and a minimum of theory, Minuchin undertook to work with the young clients in the context of their families. The team installed a one-way mirror, took turns learning from one another how to interview families, and over the course of 8 years developed a theory of family functioning in underprivileged families and devised action-oriented techniques to help that population. Families of the Slums (1967) recounts the Wiltwyck experience and outlines the basic principles of what eventually became known as Structural Family Therapy: Faulty family organization supports symptomatic behaviors, and the purpose of therapy is to disrupt dysfunctional family patterns and nurture healthier ones.

Minuchin’s reputation as a clinician grew, and in 1965, he was appointed director of the Philadelphia Child Guidance Clinic,affiliated with the Children’s Hospital of Philadelphia and the University of Pennsylvania. Despite the opposition of the local psychiatric establishment, Minuchin developed the clinic from a staff of fewer than a dozen into one of the largest and most respected family therapy training centers in the world. Noting that the clinic’s clients were mostly African American or Latino while the staff was primarily White, Minuchin recruited minority professionals, but even more significantly, he obtained a grant from the National Institute of Mental Health to train paraprofessional community leaders as therapists. Together with Braulio Montalvo and Jay Haley, whom he brought to Philadelphia, Minuchin created a training program based on live supervision of all sessions, a method that helped the community workers transform their spontaneous responses to clients into therapeutic interventions. The same inductive approach to training was utilized to shift the thinking and practice of the clinic’s professionals from an individual to a family systems framework.

In 1975, one year after the publication of his book Families and Family Therapy , Minuchin stepped down as director and dedicated the next 8 years to teaching his model through the clinic’s Family Therapy Training Center. The center’s in-house training programs and Minuchin’s own national and international presentations attracted hundreds of practitioners eager to learn “the steps of the dance,” captured by Minuchin and his disciple Charles Fishman in Family Therapy Techniques , and by the early 1980s, Structural Family Therapy was the most influential and widely practiced school of family therapy.

The clinic’s affiliation with the Children’s Hospital of Philadelphia also made it possible for Minuchin to study and treat the families of children with asthma, diabetes, and anorexia. Research conducted at the hospital showed that maladaptive family patterns were partly to blame for the course of the illness and that family therapy helped the patients improve. Psychosomatic Families , written with the pediatrician Lester Baker and the researcher Bernice Rosman, discusses the findings of this research and illustrates its therapeutic application with abundant clinical material.

After Minuchin left Philadelphia in 1983, he spent one year consulting in England, and on his return to the United States, he founded his own center in New York, from where he continued teaching and writing on families and family therapy. In Family Kaleidoscope , he analyzed the dynamics of violence and healing in clinical and legal cases, both contemporary and historical. Family Healing , coauthored with Michael Nichols, blends vignettes from Minuchin’s personal history with clinical cases to illustrate his understanding and treatment of families throughout various phases of family development. Institutionalizing Madness , with Joel Elizur, argues for a family focus to counter the often dehumanizing nature of mental health service delivery. In Mastering Family Therapy , with his disciples Wai-Yung Lee and George Simon, Minuchin presents a model of supervision and training intent on expanding and diversifying therapists’ use of themselves as instruments of change.

The return to New York, where Minuchin’s career had started in institutional settings for marginalized children, also renewed his commitment to searching for ways to alleviate the plight of poor urban families caught in the net of well-intended but unwittingly disempowering services. With the help of grants and a small group of collaborators, Minuchin led multiyear projects to introduce family-friendly approaches in child welfare and substance abuse programs.

In 1996, when Salvador Minuchin turned 75, he and his wife, Patricia, left New York for Boston, where their children and granddaughter lived. There, through a contract with the Massachusetts Department of Mental Health, Minuchin offered live supervision and consultation to therapists who provided home-based treatment to children and their families. Both this work and the efforts at system change pioneered earlier in New York are featured in Working With Families of the Poor , which Minuchin coauthored with Patricia Minuchin and Jorge Colapinto.

Another move, this time to Florida in 2004, slowed down but did not end Minuchin’s contributions to the field of family therapy. He continued teaching and coauthored two more books: Assessing Families and Couples , with Michael Nichols and Wai-Yung Lee, and The Craft of Family Therapy , with Michael Reiter and Charmaine Borda. In the latter, published in 2013, Minuchin decries the current emphasis on theory in the training of family therapists and advocates for the inductive, experiential approach that he utilized in an informal practicum for graduate students conducted at his Florida home. His 92nd birthday found Salvador Minuchin still invested in the future of family therapy and faithful to the pedagogical principle, first embraced more than 50 years ago at Wiltwyck, that the best learning comes from doing.